Following is a brief history of the Borough of Fairfield. Those with a special interest in local history may wish to become a member of the recently formed Fairfield Area Historical Society whose mission it is to preserve and protect the historical heritage of Fairfield and its surrounding area. More information on the Society is available at http://www.fairfieldpahistoricalsociety.org/

Nestled within the current southern boundary of Hamiltonban Township, Adams County, Pennsylvania is the Borough of Fairfield. Our town is situated on the 247 acres of land in “Carroll’s Delight” purchased by John Miller from Charles Carroll of Annapolis, Maryland in 1755. Fairfield was named for a hamlet in England, and by 1784 Miller was preparing and selling lots in his town. In 1789 thirteen lots had been improved with houses on them. Seven years after John Miller’s death in 1794, his son William had Fairfield re-surveyed to correct some “inaccuracies,” and 45 lots were identified.

Because of Fairfield’s location on the main road from Gettysburg to Hagerstown, Maryland, the town continued to grow during the intervening years up through the American Civil War. Fairfield would also have been an important stop on Thaddeus Stevens’ “tapeworm railroad” had it not been abandoned in 1838. Nevertheless, the rail-bed did provide a path for escaped slaves using the “underground railroad” to freedom.

By the opening days of the Civil War, Fairfield had developed into a small town of 215 citizens. On its streets could be found merchants of all sorts – shoemakers, wheelwrights, tanners, tailors, milliners, blacksmiths, masons, carpenters, butchers, barbers, shopkeepers, lawyers, hostelers, schoolteachers, servants, farmers, and physicians. Schools served to educate the local children. Churches tended to the spiritual needs of the town, taverns offered lodging, food, and “spirit,” and the justice of the peace kept order.

Nearly 200 men from Fairfield and the surrounding area served as soldiers during the Civil War, but the town’s first taste of the turmoil occurred in October 1862. On the evening of the 11th, Confederate General J.E.B. Stuart commanding 1,800 cavalrymen entered Fairfield and proceeded to loot the two general stores and post office, and carried off the postmaster, the justice of the peace, and other men.

During the Gettysburg Campaign of 1863, Fairfield’s geographic location made it likely that the town would be visited by the opposing forces sooner or later. Four minor skirmishes took place at or near Fairfield in the days leading up to the beginning of the Battle of Gettysburg on July 1st, however, it was on July 3rd when 242 Union and 34 Confederate casualties (killed, wounded, and missing) resulted from the cavalry Battle of Fairfield. Here, Major Samuel Starr’s 6th U.S. Cavalry clashed with C.S. General W.E. Jones’ cavalry brigade and Starr’s unit suffered severely. Although a small engagement, the battle remains significant in that it cleared the way for what would be Robert E. Lee’s major retreat route for his Army of Northern Virginia from Gettysburg during the next two days.

After the war, Fairfield continued to grow and at one time sported a short-lived newspaper, two shoe factories, a knife factory, five churches, and a book plant. The Borough of Fairfield was incorporated in 1896 with an area of about 448 acres (.7 sq. mi.).

Today this well-kept Borough is home to a variety of businesses and churches and, according to the Census of 2010, a population of 507.

Adapted from Fairfield in the Civil War by Sarah Sites Thomas. Feb. 17, 2013

Click on a photo below to enjoy a pictorial record of some historic Borough activities.

(You will be leaving the Fairfield Borough History & Events Page) 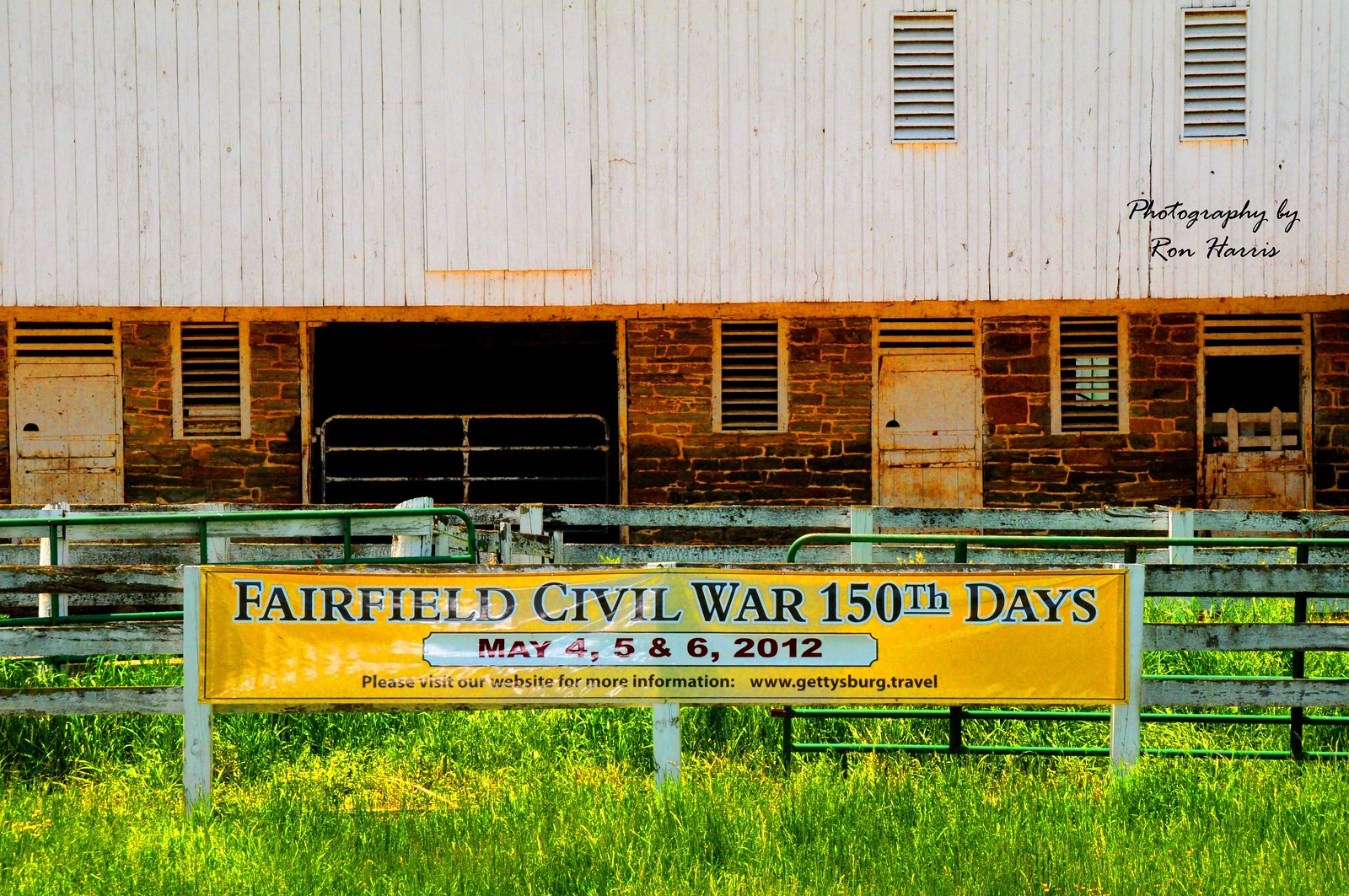 May 2012 Commemoration of the 14th Anniversary of the Civil War. Photos by Ron Harris. 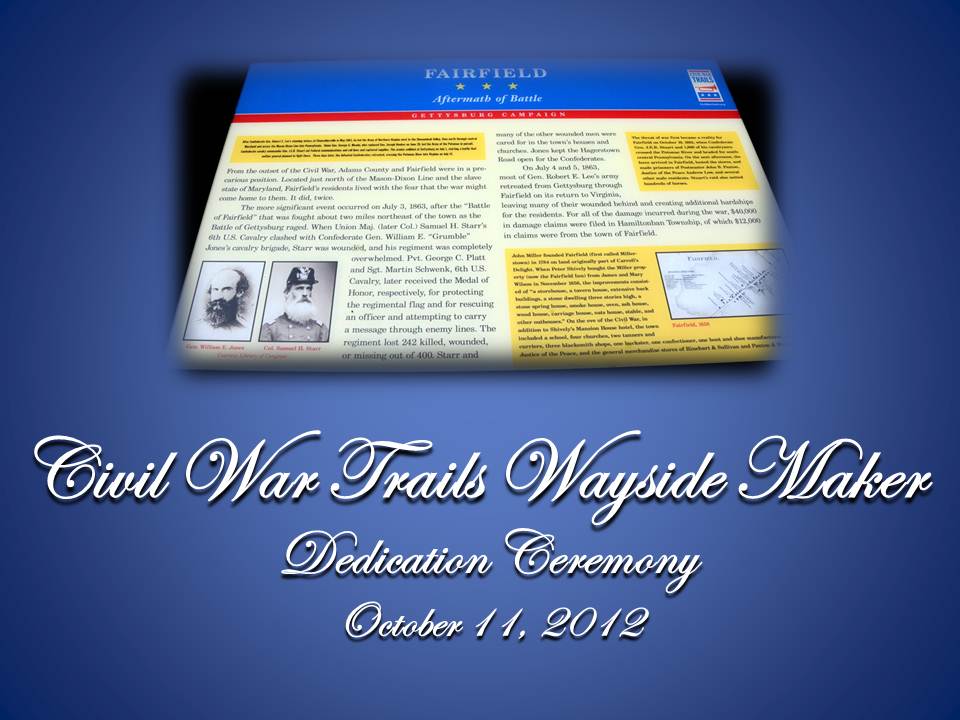 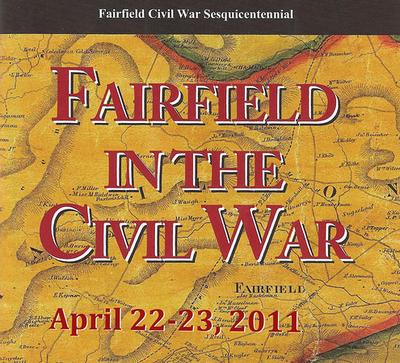